The festive season is here! But who came out on top in our poll to find the winning grocery Christmas ad: Buddy the Elf or a talking Carrot? Our account assistant Rachael reveals the results. 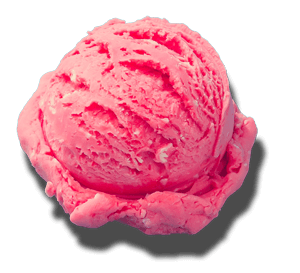 Christmas has arrived in full force, the Greggs Christmas menu is here, Starbucks cups have famously been made red once again and Spotify Wrapped is filling everyone’s Instagram feeds. Simultaneously meaning that the ad breaks in between the Channel 4 Hallmark movies are inundated with sparkles, famous teddies and talking carrots – yes, it’s Christmas advert season.

But which supermarket campaign comes out on top? We asked you to vote on social media for your winner and here’s the results.

3rd place🥉: Lidl and the story of Lidl Bear

If you have been into a Lidl store recently, you probably would’ve noticed a little bear popping up in the aisles and on the posters. After the popularity of the Lidl Christmas jumper over the last two years, they decided to bring it to the adverts, shrink it and put it on a bear, likely to rival their competitors with a Christmas character. In a very considered move, this little bear isn’t actually for sale in any Lidl stores as they have used the opportunity to encourage their customers to donate to the Lidl Bear’s Toy Bank and give to those in need this Christmas. We love to see it Lidl.

Joint 2nd place🥈: Aldi with Kevin the Carrot and M&S’s Gifts that give advert

With Kevin the Carrot even having his own Twitter account, it doesn’t look like he is going away anytime soon, but are we getting sick of him? According to The Guardian, it doesn’t look like it, as 70,000 customers join the online queue to purchase this year’s Kevin the Carrot plush toy. Since the nation’s favourite carrot launched in 2016, the demand continues to grow as shoppers sold out the merchandise by 10am on the day of release.

Celebrities have always played a big role in Christmas advert season and M&S were one of the first to go live this year, bringing back Dawn French and adding Jennifer Saunders for a bit of extra magic. But has it worked? Well, it beat Lidl’s little bear into joint 2nd in our poll and we love French & Saunders, but it’s not quite done enough win hearts and minds to beat our first placed retailer.

It will come as a surprise to no-one to see that the iconic Buddy the Elf Asda take-over came out most popular in our polls. Over the years the Asda Christmas adverts haven’t been anything to remember, making this year very different. Taking parts of the much-loved Christmas classic, Elf, and seamlessly editing it into a British supermarket leaves us in awe of Havas and the amount of work that went into creating this incredible advert. Does it make us want to run and do our Christmas shop in Asda? We’re not convinced. However, it does make us want to re-watch Elf immediately.

Despite all being entirely different, there is one thing most of these adverts have in common – their collaboration with The Neighbourly Foundation. Lidl is working with Neighbourly to distribute the toy donations from its Lidl Bear’s Toy Bank. Aldi’s foodbank fund is donating £250,000 to Neighbourly and M&S is stumping up £1 million too. Wonderful.

Thank you to everyone that voted in our poll. We’re off to watch Elf for the 5th time this season and find the viral Garlic Butter Brioche & Camembert Wreath in our local M&S. Have a fantastic festive season all!

Great PR is the key to reaching net zero – and quickly

A passionate advocate for renewables PR, Caroline Tilley shares her thoughts on its value in...
Read more

The festive season is here! But who came out on top in our poll to...
Read more

Our MD Amy Bendall tells us why Twitter has long been a PR dream amid...
Read more

Grocery Christmas Ads 2022 – who came out on top? application