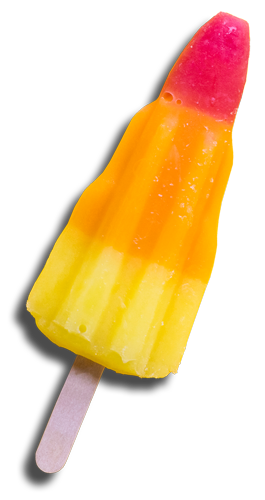 I love Twitter. Love it. I appreciate that not everyone does, but I do. I love it especially working in PR. Or is it because I work in PR? The lines are very grey on that one. Twitter is like an old school friend. It’s been in your life a long time (I joined in 2008 – and I love that Twitter heroes that!). You know what to expect. It’s usually reliable albeit occasionally flaky. And you love it dearly, without always questioning why. Well, the analogy works for me at least.

It has been with a heavy heart that I’ve watched the events of the last week unfold under Elon Musk’s stewardship. I don’t think it’s an exaggeration to say its future as the UK’s 5th most popular platform is seriously threatened, with users leaving in their droves and its very essence evolving at pace.

The situation is best summed up by Benedict Townsend who commented on this weeks’ YouTuber News – “God knows what this app will look like next week.”

So, while the future of Twitter is a watching brief, let’s remember the good times, and how it earned a place in this PR’s heart.

Response Source has long held the crown for connecting journalist requests with PRs. But not every comms professional has the budget to pay for the service. I know I’ve certainly weathered many years without RS in my back pocket. And then #journorequest came along. A perfect fit for the short form platform, journalists can quickly and easily share requests for info from PRs. We can access a never-ending stream of media opportunities. And it’s all easily brought together by one simple hashtag. An absolute dream. Started by Sarah Ewing, its popularity rapidly spread and it is still used widely by journalists and PRs today. Thanks Sarah!

No other platform has been able to so easily tap into the zeitgeist as Twitter. Yes, it’s a bubble, but for us PRs there’s nothing quite like a whizz down the Trends list to see what mix of news and pop culture people are chatting about. As masters of reputation, we are nothing without relevancy. Absolutely essential daily reading.

I defy anyone to find another platform that breaks news as fast as Twitter. Packed full of journalists ready to sniff out the next angle, the pace and speed of news on the platform is simply breath-taking. I absolutely love being one of the first to a story because I saw it on Twitter.

Talking of journalists, there is nothing like Twitter for getting a bit more insight on who you’re pitching to. Most have a presence there and I’ve found some real gems on what piques their interest (and what their biggest put-offs are) that have helped shape pitches to great success.

Day to day it can be difficult to make much traction on Twitter for brands. The algorithm only supports the very strongest content. Activating regularly on Twitter, as we often do for clients on Meta channels, LinkedIn or TikTok, is rarely a significant part of the social media strategies we devise and deliver. However, when a brand does Twitter well it can make a huge impact, spreading straight from the feed into the mainstream news agenda. Think snarky replies from Ryanair. Or stunts like the Weetabix and Heinz Baked Beans mash-up.

I could rattle on but the irony that this is a long blog on a platform that limits your content to 280 characters is not lost on me. There certainly needs to be another section entirely on all that’s problematic with this channel, but that’s for another time.

If you think Twitter is doomed, it’s worth checking out The Guardian TechScape latest newsletter for some ideas on where to go next. As for me, I’ll still be there. For a while at least. Failing that I’ll be lost deep in my TikTok FYP, but that’s also a blog for another time.

Great PR is the key to reaching net zero – and quickly

A passionate advocate for renewables PR, Caroline Tilley shares her thoughts on its value in...
Read more

The festive season is here! But who came out on top in our poll to...
Read more

Our MD Amy Bendall tells us why Twitter has long been a PR dream amid...
Read more